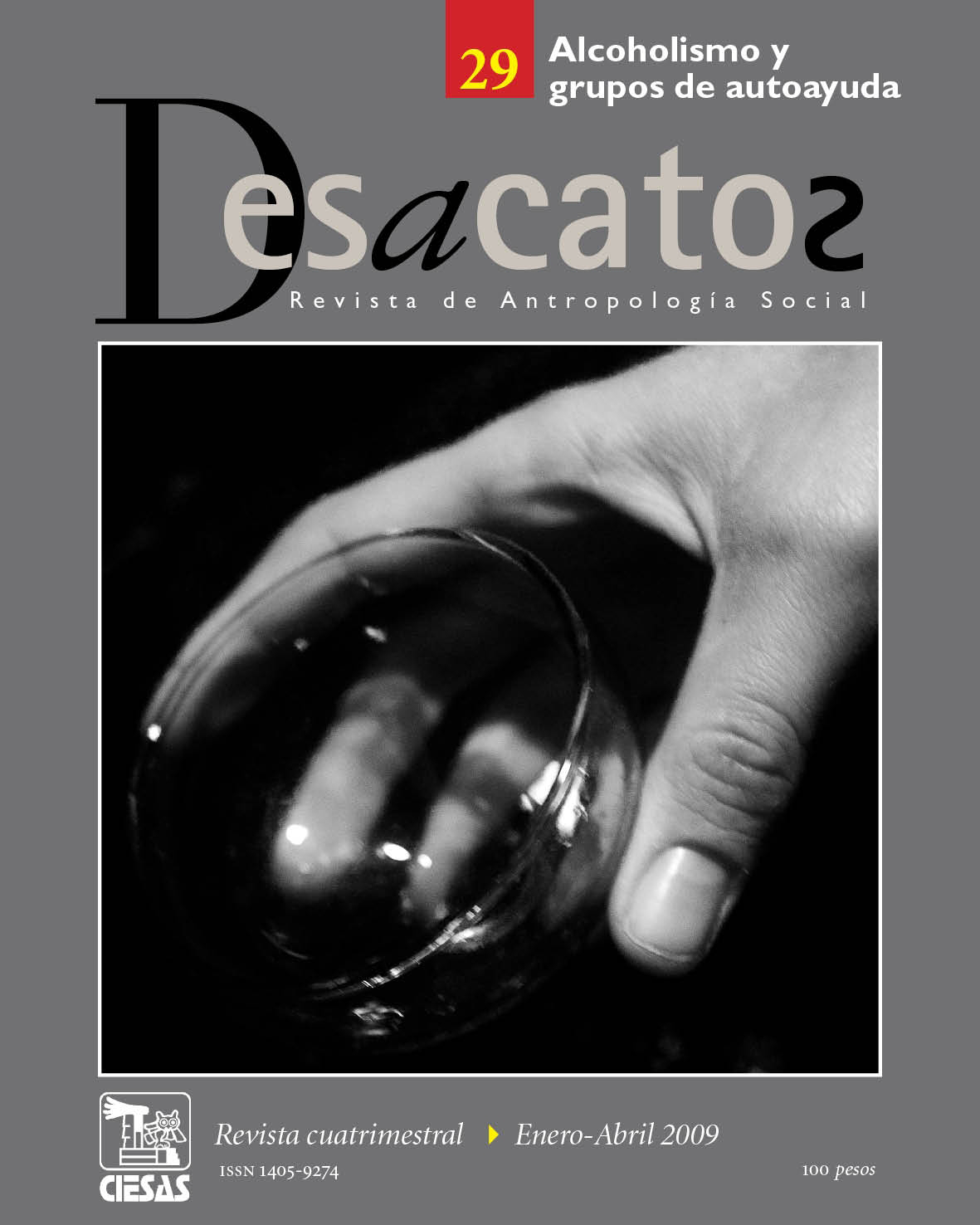 Based on an ethnographic research of Alcoholics Anonymous (AA) groups in the outskirts of Sao Paolo, Brazil, this paper presents as a symbolic construct in which alcoholism is conceived as a “physical” and “moral” illness that affects the social relationships of the former drinker. In AA, recovering alcoholics create a language about the disease that allows them to construct and give meaning to the experience of alcoholism within a logic regulated by a “biomorality”, whose rules emphasize self care, as well as cultural codes that constitute a particular socio-cultural context. In fact, AA’s therapeutic logic is encompassed by a cultural logic in which an individual deemed sick can find a place for his body and spirit, both ill, and reconcile with his family members and himself.
https://doi.org/10.29340/29.433
PDF